We are so proud of the community awareness that surrounded Tennessee’s Imagination Library Week 2018. Keep reading to see all the buzz around Tennessee!

13 news articles were published across the state.
(representing 11 counties)

Below are links to read a few of the stories, highlighting the #GotCaughtReading social media campaign and other celebrations during Imagination Library Week.

We were so excited to have so many organizations, businesses and individuals participating in the 2018 Imagination Library Week #GotCaughtReading social media celebration. There were more #GotCaughtReading social media posts than ever before. Hundreds and hundreds of posts appeared during the week of September 16 to 22… all featuring the joy of reading!

In addition to Governor and First Lady Haslam, we had several recognizebable names posting their own #GotCaughtReading pics. For example, BOTH gubernatorial candidates #GotCaughtReading! See their pictures below.

There were some great videos shared during Imagination Libary Week. We love this one posted by Gibson County Memorial Public Library featuring a bilingual reading from a father and daughter of the book I Hear a Pickle. Check it out below.

We are grateful to the Nashville Sign for featuring our Instagram feed 1,581 times during Imagination Library Week in addition to the billboard ad. It was so fun to look up at that big sign and see all the #GotCaughtReading pics! The Nashville Sign also hosted a social media give-away contest. Congratulations to the lucky family that received a bag of GBBF reading goodies.

In addition to the online celebration, there were several Imagination Library events happening across the state. See below for a summary of just a few of those events.

The Junior League of Nashville General Membership meeting welcomed Tennessee First Lady, Crissy Haslam and former JLN President and former GBBF President, Theresa Carl to help kick off Imagination Library week. First Lady Haslam and Theresa Carl spoke about the importance of early literacy and spreading the love reading to all children in Tennessee. The Junior League encouraged others to join the #GotCaughtReading social media campaign and said, “We thank you, Crissy and Theresa, for following the JLN’s mission of ‘improving the community through effective action and leadership of trained volunteers.’” The Junior League also partners with the Imagination Library of Middle Tennessee to host a storybook time complete with music and snacks. Click here to view the pictures from this event.

Some members of the GBBF team attended the annual Carter County Imagination Library Parade in Elizabethton. Click here to view pictures from this event. 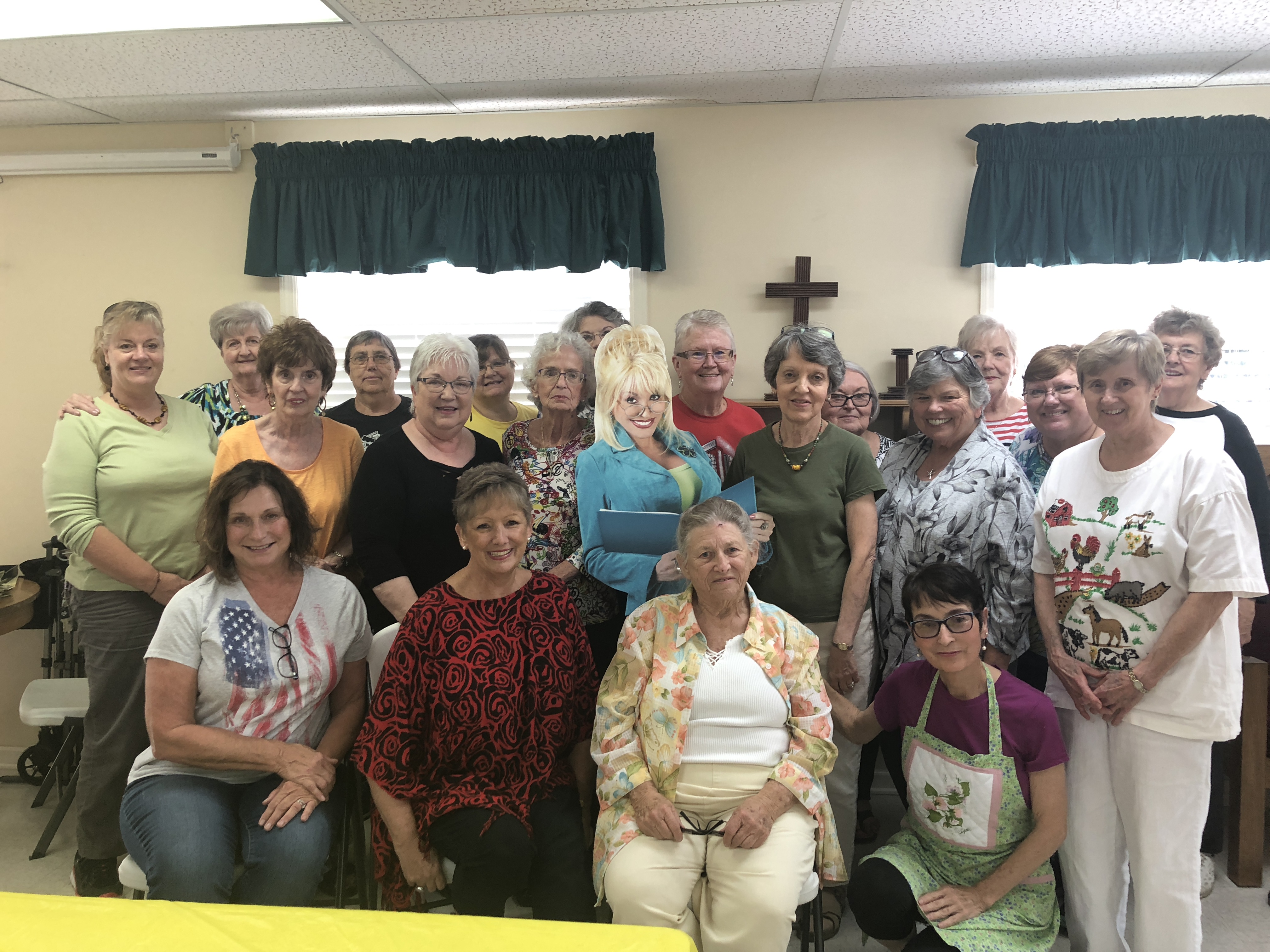 “Dolly” attended the Stewart County Imagination Library’s annual Fall Salad Luncheon at Fort Donelson United Methodist Church. There were over 200 take-out orders and a line out of the door. Click here to view pictures from this event.